On the southwest side of the city of Patras (Greece), and in a 5km wide area, stands the new port of the city. Opposite the new port one can see what used to be the industrial area of the city, where some buildings are now being used as offices for the municipal services, while others are being used as refugees’ shelters. Next to this area you can see the old railway, which once used to be the link for the whole Peloponnese, not having been used since 2011 due to the Greek financial crisis. This specific area is now thought to be one of the most underexposed part of the city so financially, as socially.This project took place from May to October 2015, and it’s a glimpse in the everyday life of locals, residents and refugees that live in the area described above. 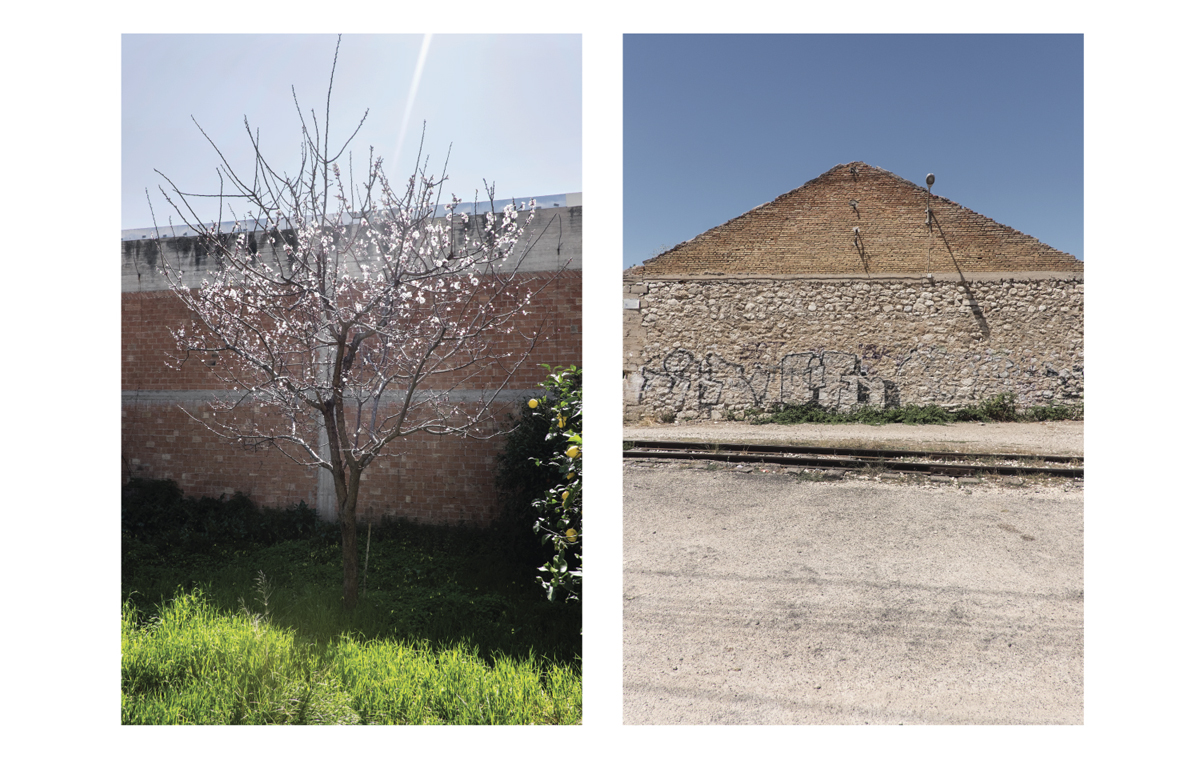 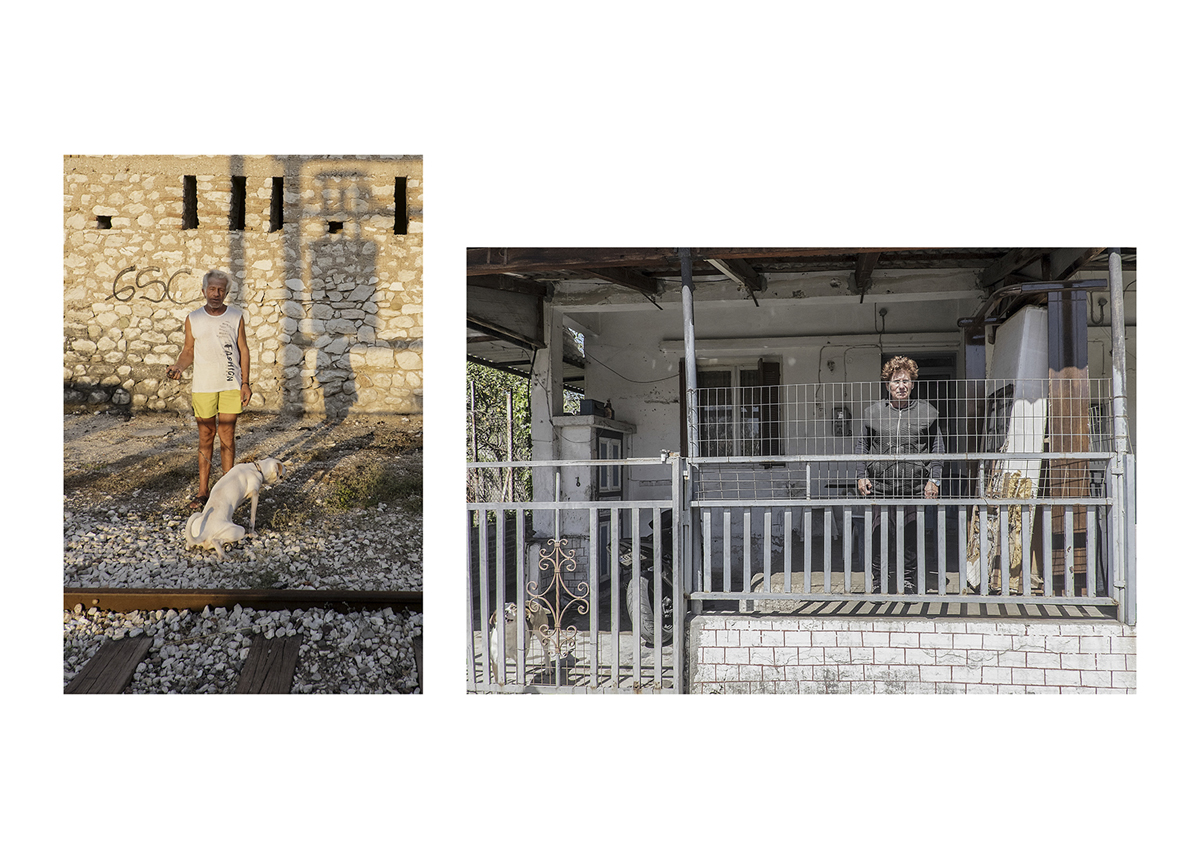 Left: Dogwalking. Many locals have dogs as guards.
Right: A woman with her dog, waiting for her son to come back from his work. 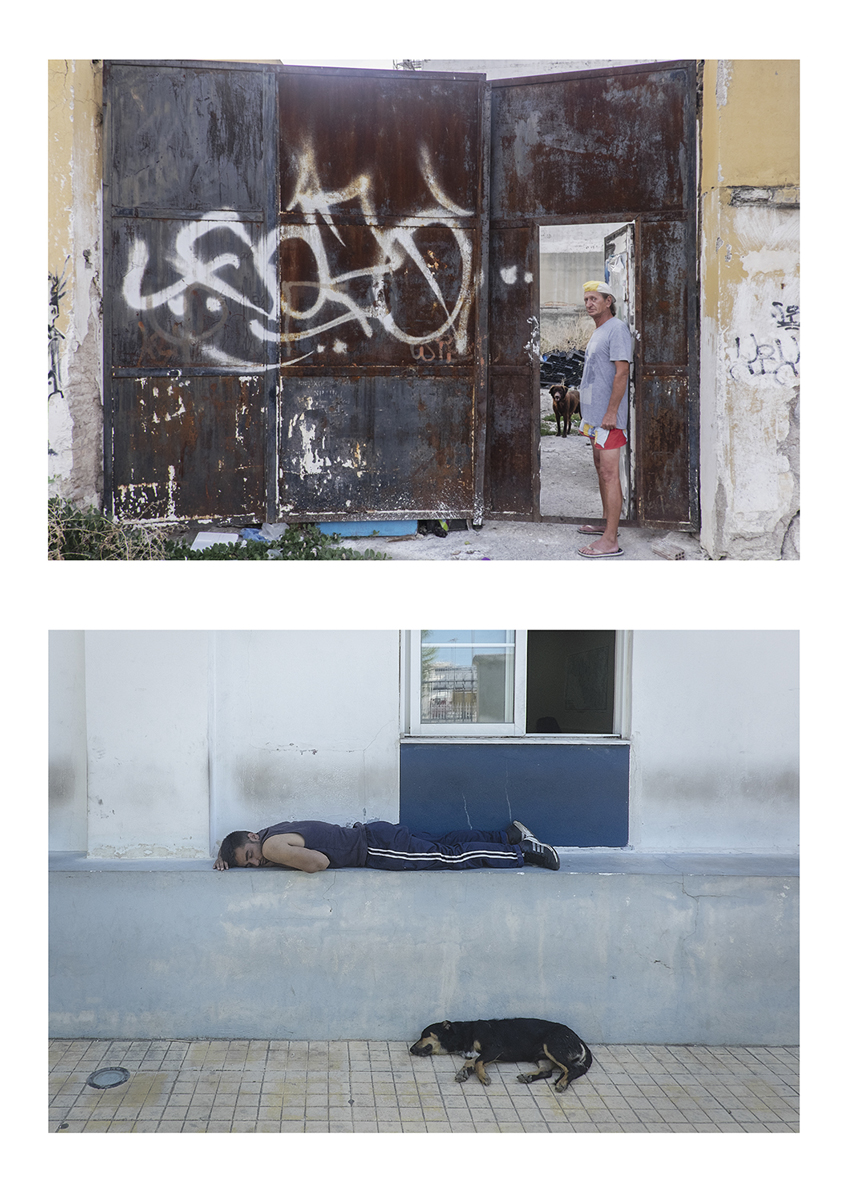 Above: A man with his dog living in an abandoned small factory.
Below: A refugee and his dog sleeping outside the offices(a former factory) of the cultural section of the city’s municipality. 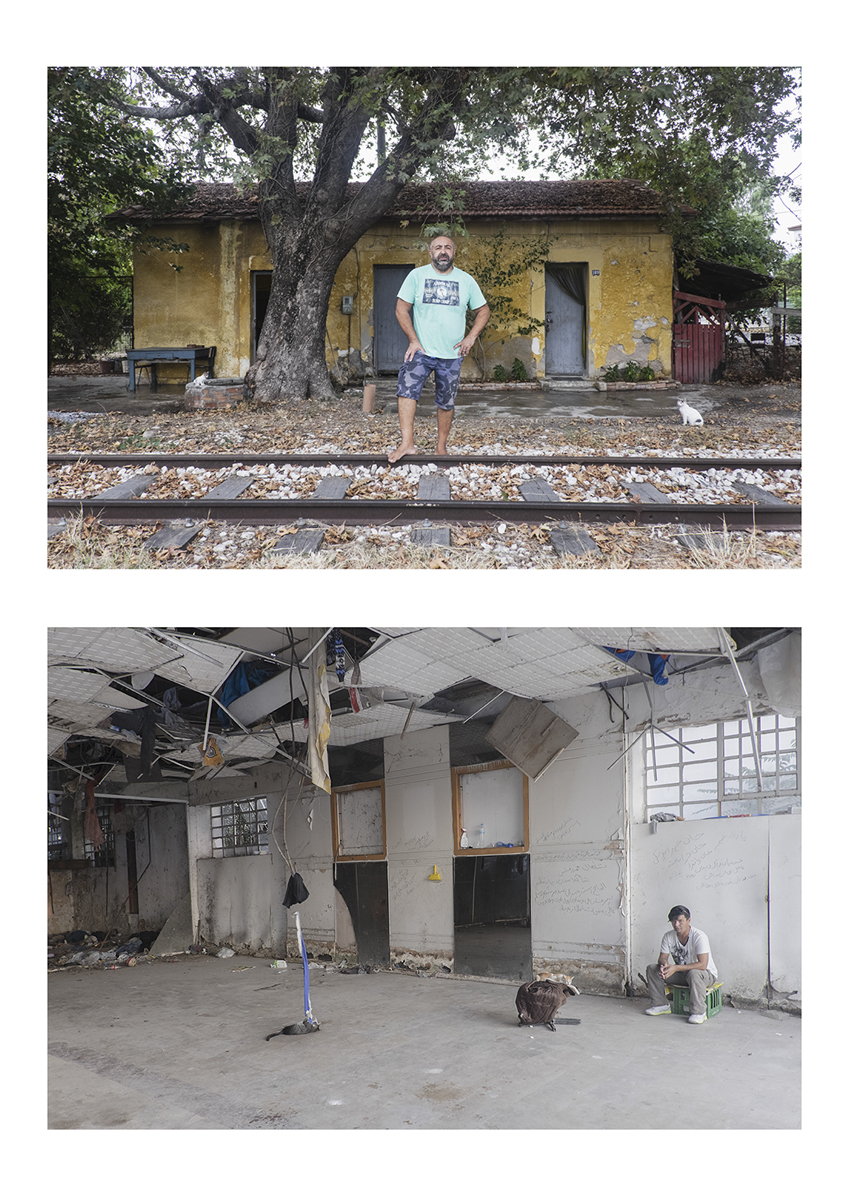 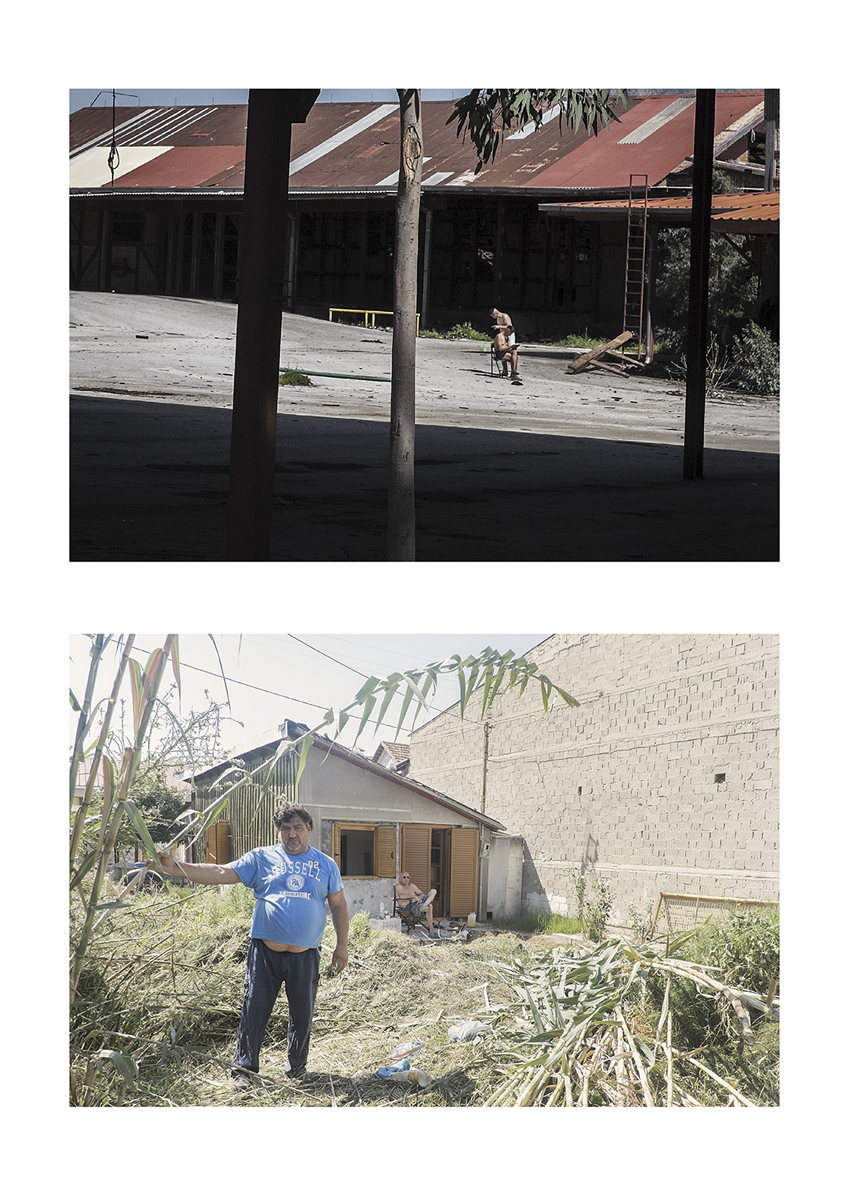 Above: Refugees giving each other a haircut.
Below: A local man watching his worker cutting off canes from his yard. 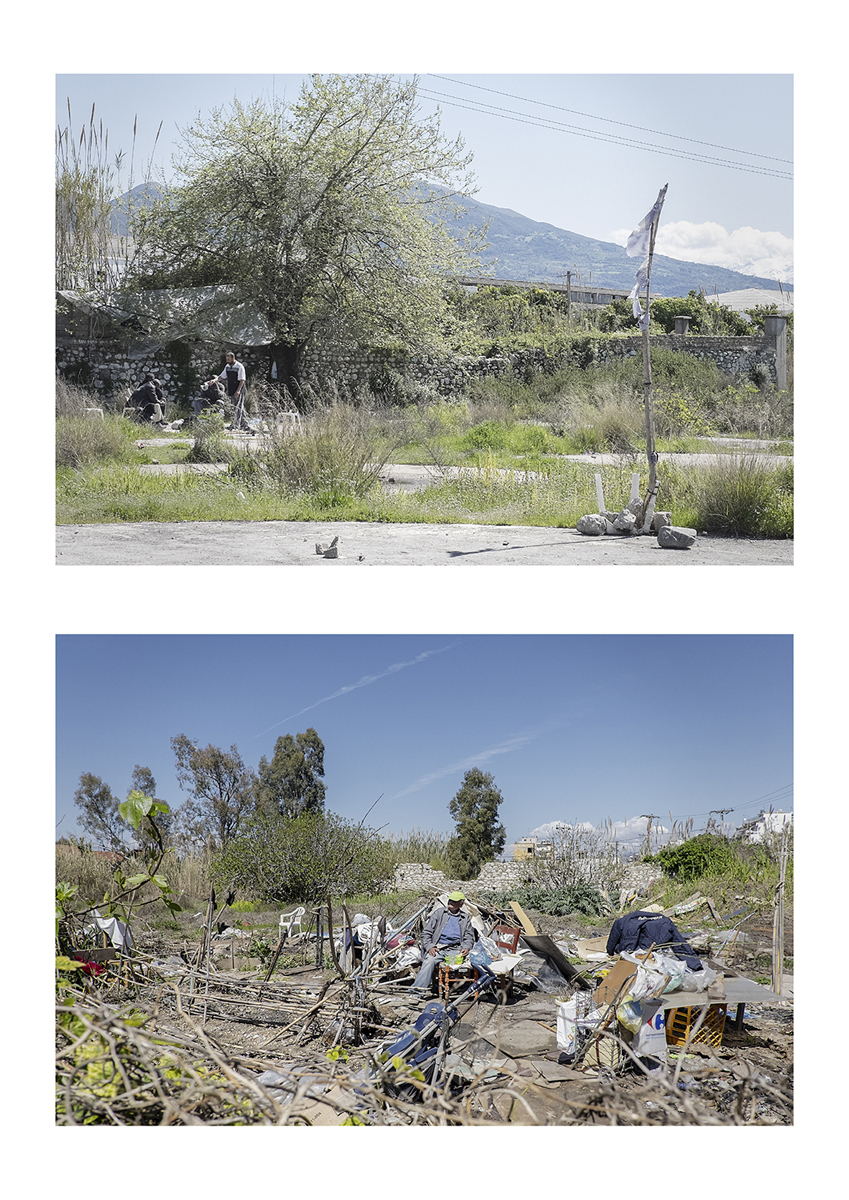 Above: A refugees’ camp on the ruins of what used to be a city’s factory.
Below: A homeless man living in an area where it used to be a factory. 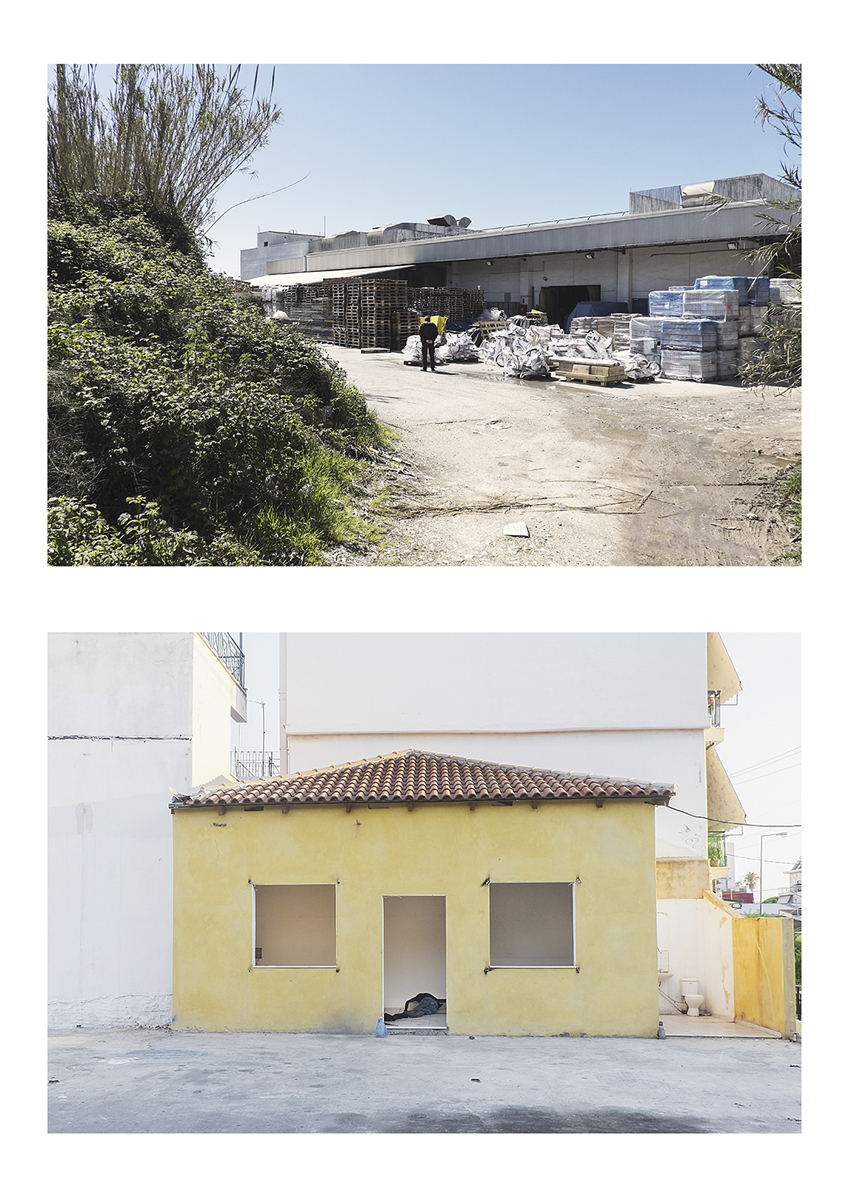 Above: A guard outside a supermarket’s warehouse.
Below: A drunk refugee sleeping. 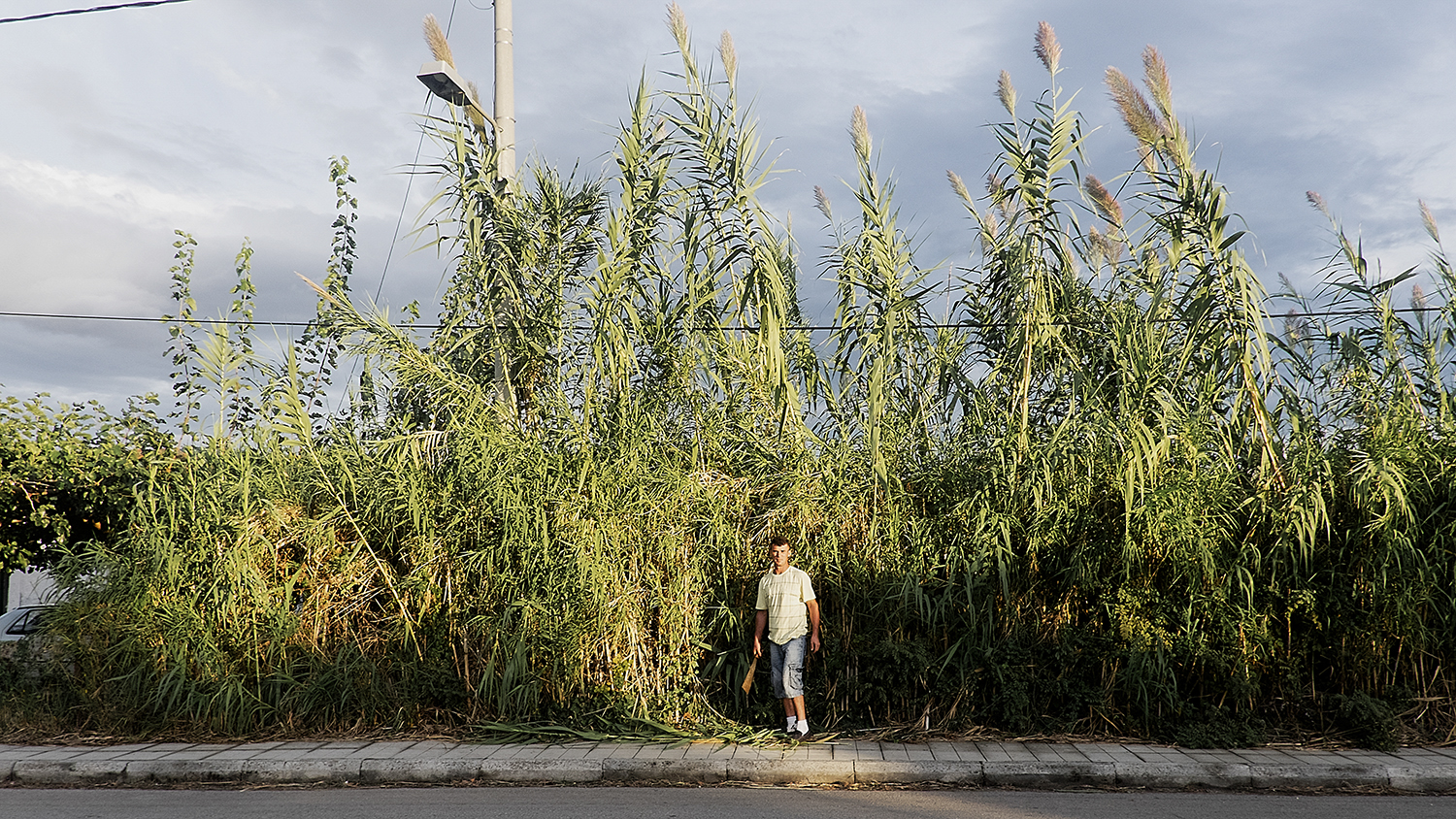 A man cutting off canes from the fence of his house. 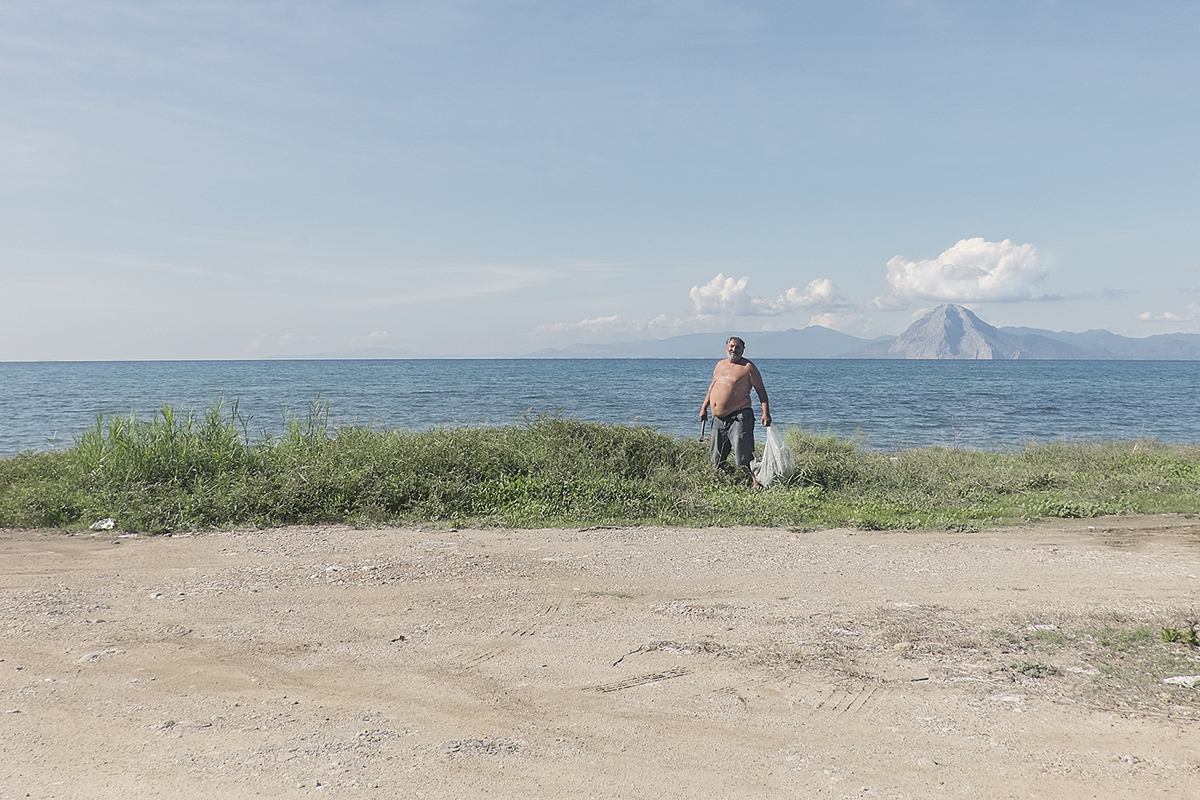 He lost his job as a worker in the old port a few years ago.
Now he collects greens which he sells in the flea market. 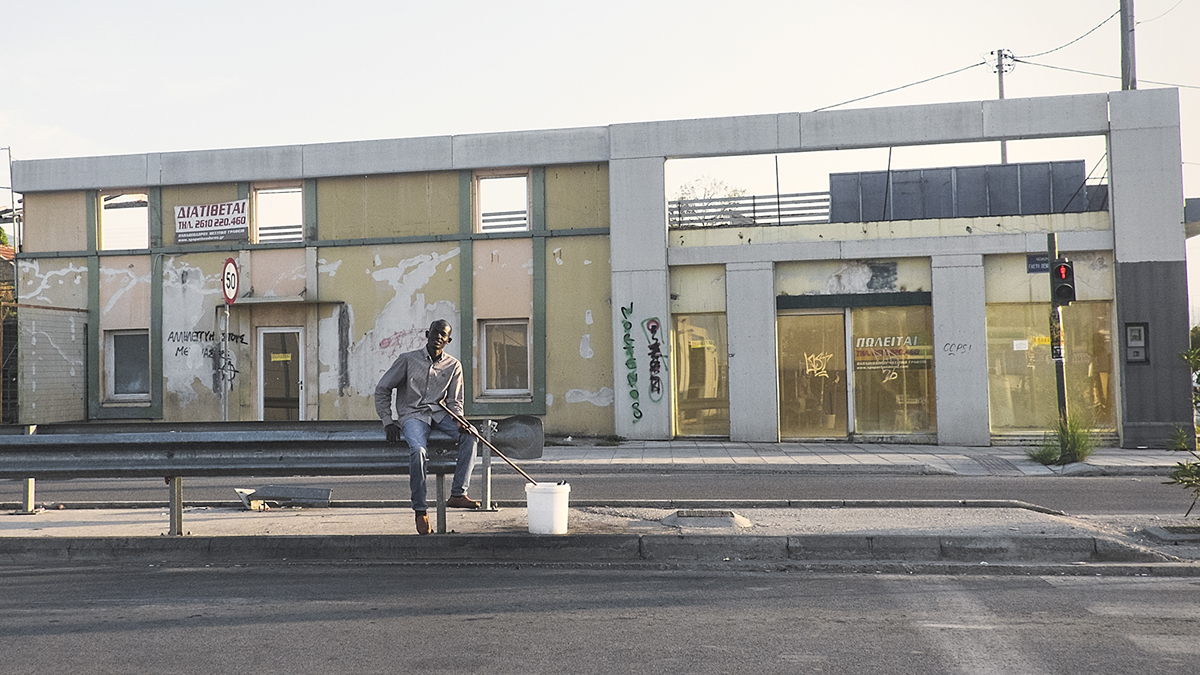 He stands in this spot every day, except Saturdays and Sundays.
He’s making money by washing cars’ windshields. 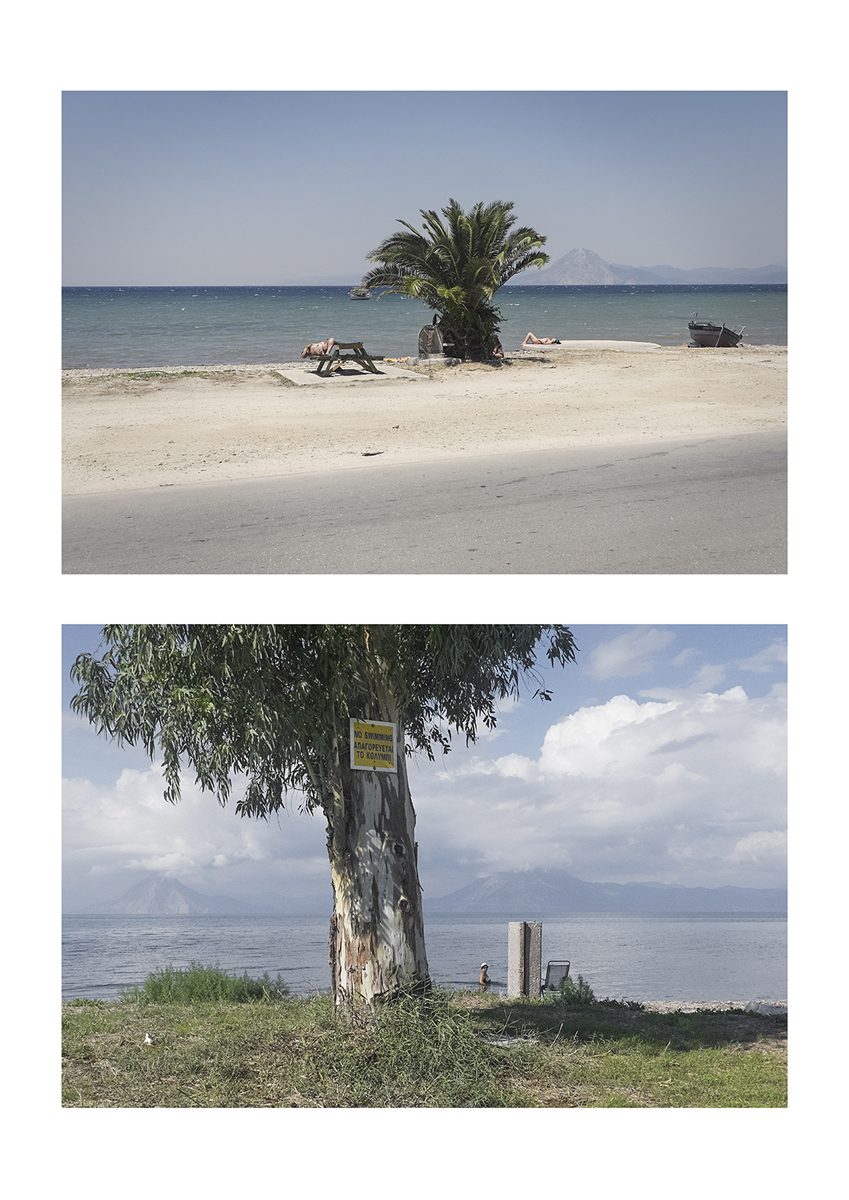 Local people sunbathing and swimming.
It is forbidden to swim in the area near the new port, because of the pollution. 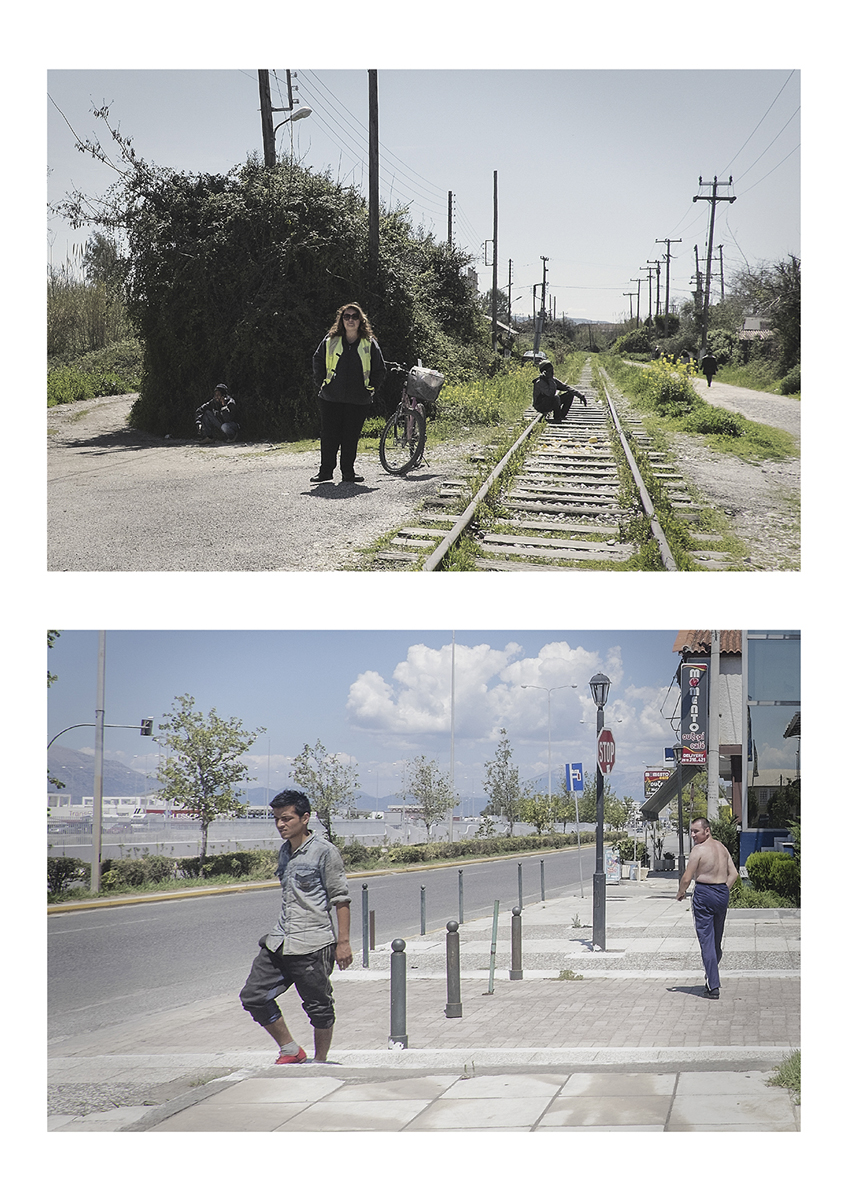 Above: Refugees talking to their phones, while a school guard waits for children from the nearby school to pass by.
Below: A local staring suspiciously a refugee. 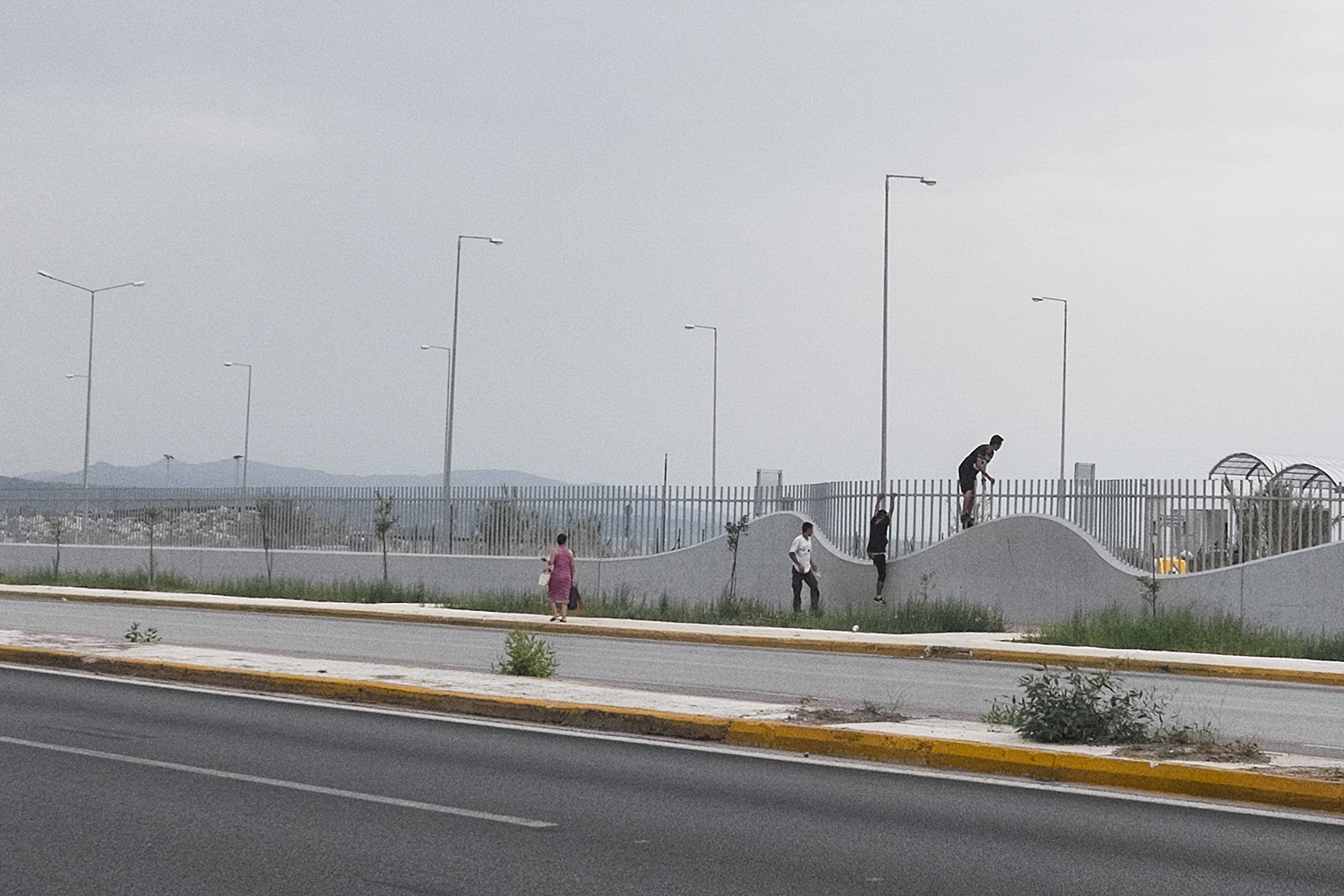 Often refugees try to enter the port by jumping over the wall and to sneak into the ships that sail to Italy. 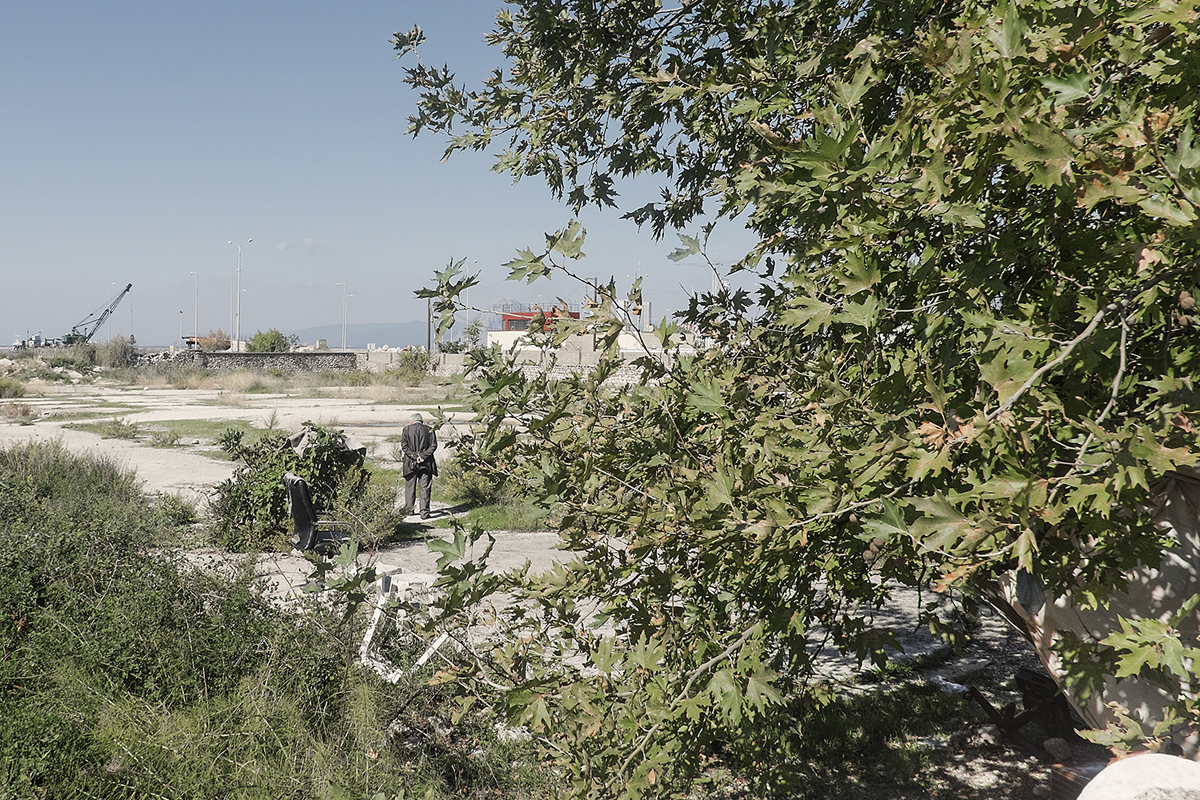 By the end of October 2015 most of the refugees had left the area.
This local man told me that they have managed to go to Italy. 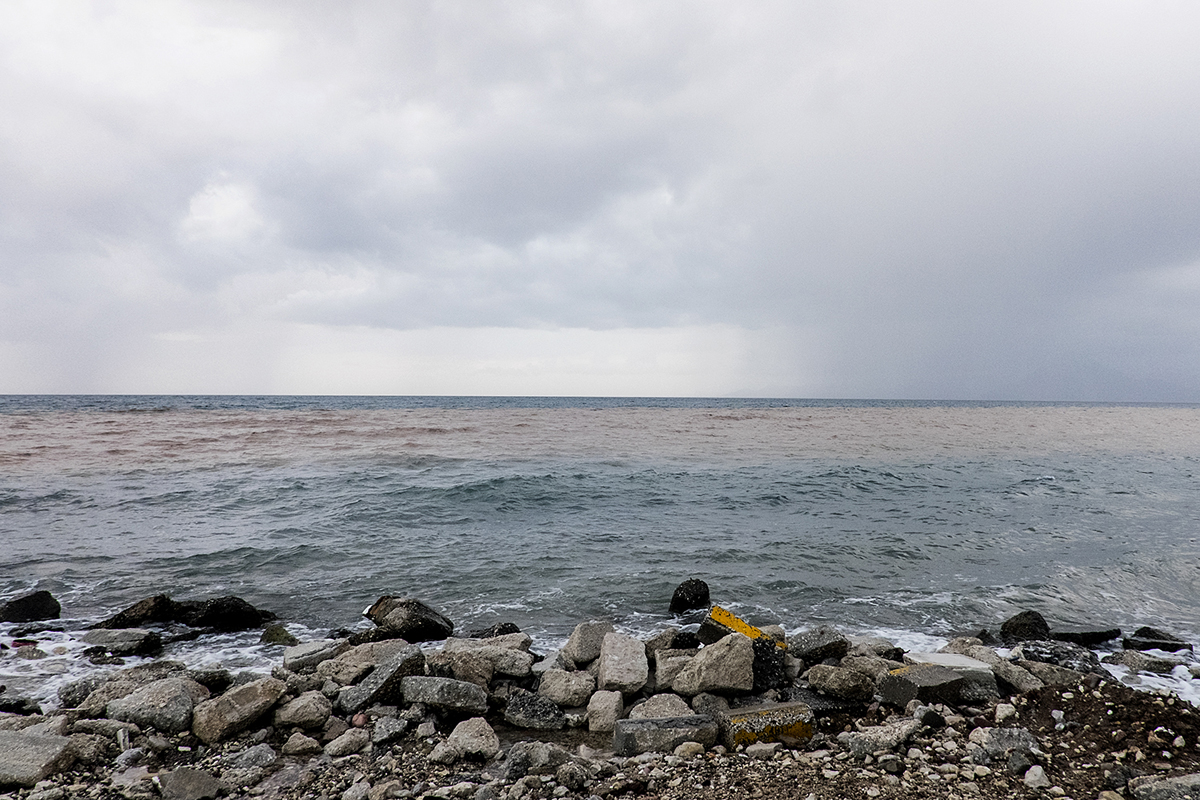